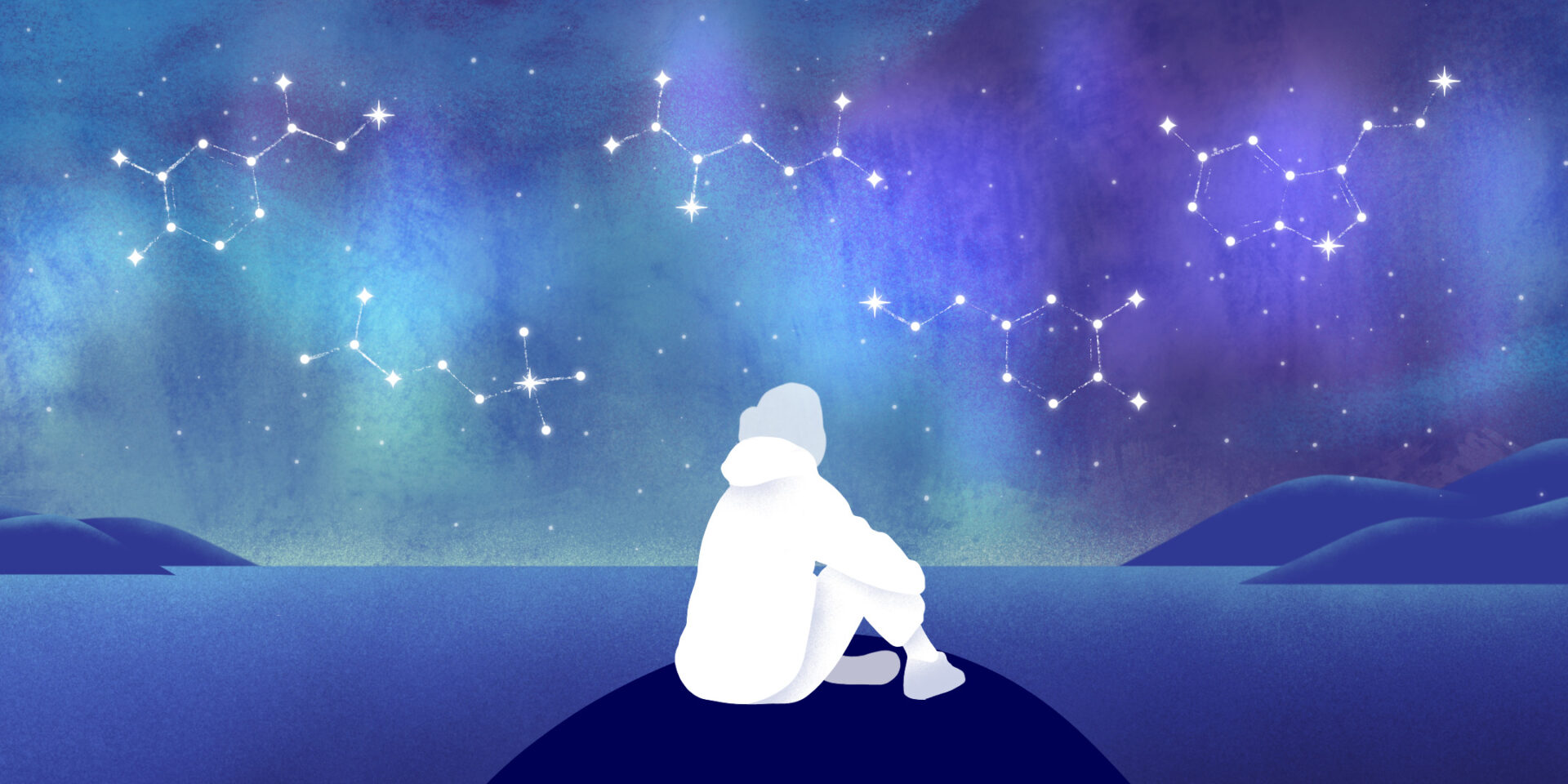 Neurotransmitters and Their Functions on the Brain

All biology is built on chemistry. Your body and brain can be thought of as chemical machines that evolved to help you survive.

The brain relies on specialized chemicals called neurotransmitters to communicate with the nervous system and body. The name “neurotransmitter” comes from the function of these chemicals –  to transmit signals between neurons or brain cells.

Different neurotransmitters are involved in a wide array of functions, depending on which neural circuits they act on.

When we close our eyes, move our hand, recall a memory, or think a thought, information is transmitted between brain cells using neurotransmitters.

The main neurotransmitter that does this is glutamate. Too much excitation from glutamate can result in a storm of activity in the brain. For example, this is what happens with epilepsy. It must be balanced by an inhibitory neurotransmitter.

This inhibitory chemical is called GABA. While glutamate is like the gas that revs up neurons, GABA is like the brakes. These two chemicals are involved in an intricate dance that is responsible for all of your thoughts, dreams and experiences.

The Function of Glutamate

The role of glutamate is to send signals in the brain. Consider what happens when you are in your car, waiting for the green light at an intersection.

When the green light hits your retina, cells there become electrically active and release glutamate which activates neurons in the visual processing areas of your brain. These neurons have specialized receptors that the glutamate molecules fit into, like a key in a lock. This triggers reactions in the neuron that cause it to become electrically active. This process repeats along a chain of neurons until the final ones send signals to your leg muscles, causing it to hit the gas.

Glutamate isn’t just used for vision and movement, it is used to transmit information in the central nervous system. It is the common currency of the brain. When you hear a sound, when you speak, when you recall or store a memory, it is glutamate that makes this possible.

Glutamate signaling is crucially involved in neuroplasticity, playing a role in how the brain wires together. It may have its therapeutic effects in part by boosting neuroplasticity.

Neuromodulators are a special class of neurotransmitters that typically regulate the signals that are being transmitted by glutamate and GABA.  While these two chemicals transmit information, neuromodulators alter how this information is processed. These chemicals are typically produced in specialized brain structures and can be released en masse across the brain. This has a drastic effect on the signaling that goes on there.

The Main Neuromodulators in the Brain

There are many chemicals in the brain that act as neuromodulators. Arguably, the most important ones are:

These chemicals serve different functions, from the motivation and movement-related roles of dopamine to the mood-regulating effects of serotonin. They are typically made in specialized brain centers and found in the evolutionarily ancient brainstem at the base of the brain.

Dopamine plays a role in promoting goal-directed behavior. It is produced in several specialized areas of the brain. The neurons send their connections to specific brain regions to exert their functions, thereby creating a “dopamine pathway”.

One area that produces dopamine is the substantia nigra, latin for “black substance”. The black color of this brain structure comes from the high levels of a chemical called neuromelanin that is found in these neurons.

The Ventral Tegmental Area (VTA) is another important site in the production of dopamine. Certain neurons in the hypothalamus, a brain structure involved in homeostasis, also produce this essential neuromodulator. The dopamine being released by the neurons of your brain will have a different function depending on which pathway it is being released in.

Serotonin is an ancient molecule that is found in plants as well as in the human body. As a result of its long evolutionary history, it has been used to achieve multiple functions in multiple physiological pathways.  It is a major neurotransmitter found in the brain, but is mostly produced in the gut. Serotonin is made from an essential amino acid called tryptophan that the body cannot produce. Tryptophan must be obtained through one’s diet. Foods such as chocolate, nuts, cheese, and poultry are particularly high in tryptophan.

Serotonin in the Brain

In the brain, serotonin is involved in the regulation of one’s mood and libido. It mediates the feeling of contentment and satisfaction. For example, this can occur when one has eaten a carbohydrate meal, something that triggers the release of serotonin. How we respond to adversity in the world may correlate to serotonin’s effect on mood.

Serotonin in the Body

In the body, serotonin is involved in a few things:

Acetylcholine in the Peripheral Nervous System

Acetylcholine is a chemical compound made up of acetic acid and choline. It was the first neurotransmitter to be identified by scientists, Henry Hallett Dale and Otto Loewi.

In the peripheral nervous system (the nerves outside the skull and spine), acetylcholine is the primary neurotransmitter used by the parasympathetic branch of the autonomic nervous system.

In the periphery, acetylcholine causes the contraction of smooth muscle, the dilation of blood vessels, and a slowing of the heart rate. Healthy acetylcholine levels are necessary for the body to function.

Acetylcholine in the Central Nervous System

Norepinephrine in the Brain and Body

Norepinephrine, also called noradrenaline, is a neuromodulator that also acts as a hormone in the body. It is transported to distant organs to play a role in their physiology.  It is related to adrenaline, or epinephrine, as the name suggests and is made from dopamine.

Neurotransmitters are crucial for the normal functioning of the brain and body.  These chemicals play a role in practically every aspect of our lives and we would not function without them!

Neurotransmitters and Their Functions on the Brain 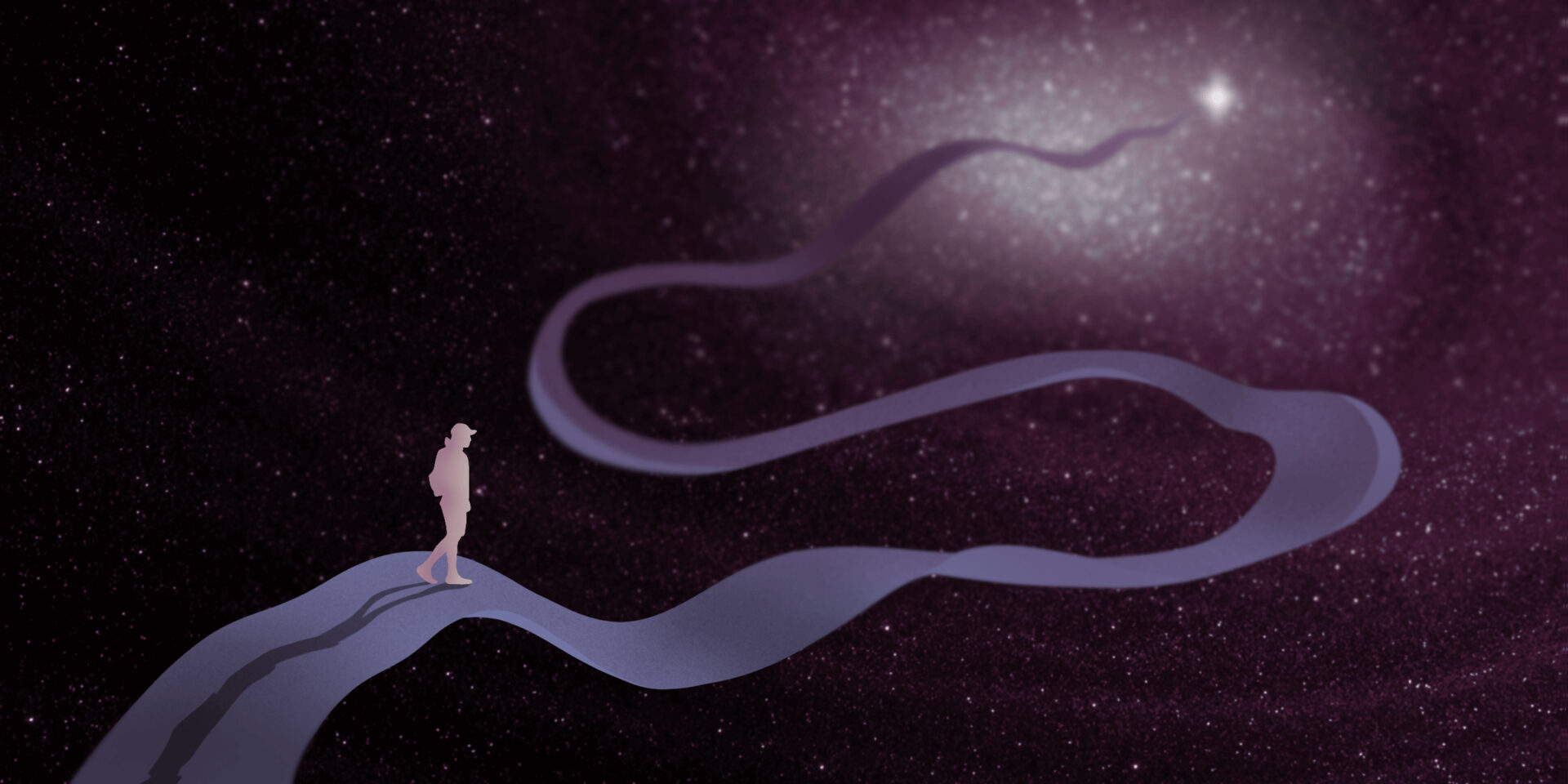 A Complete Guide to Psychedelic Therapy 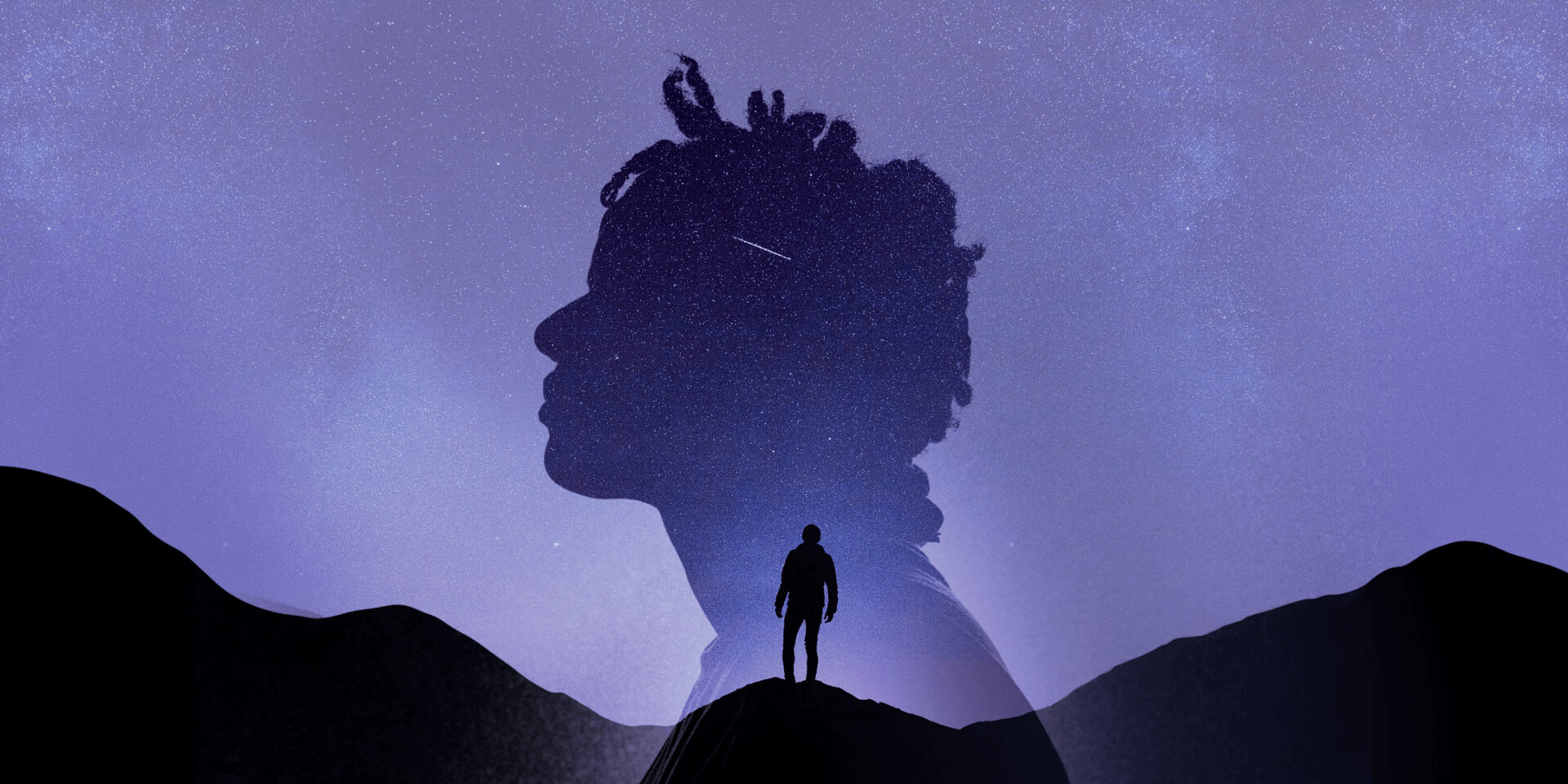 How Does Ketamine Affect the Mind and Body? 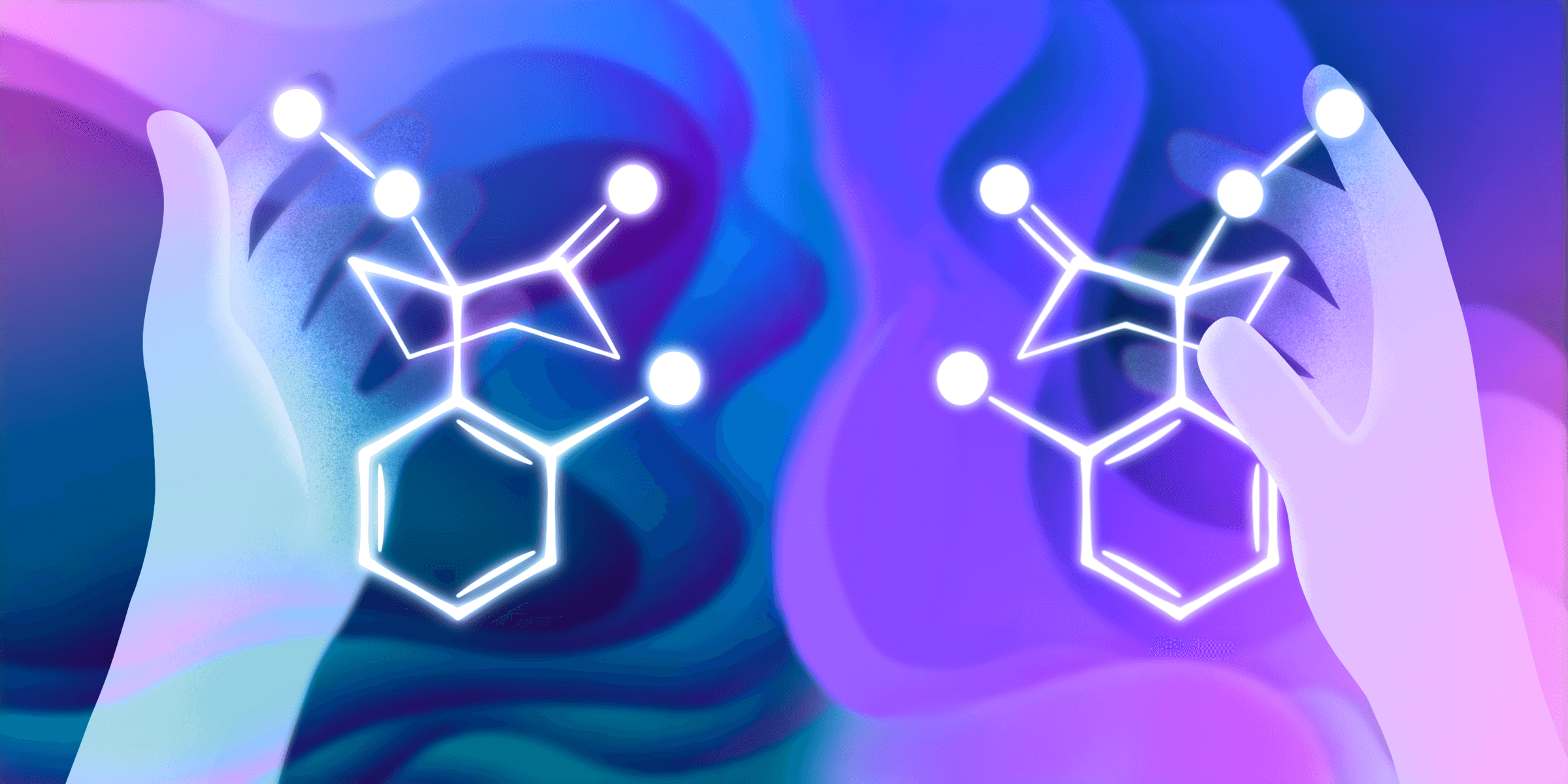 Return to Blog
Go to Top
We use cookies on our website to give you the most relevant experience by remembering your preferences and repeat visits. By clicking “Accept”, you consent to the use of ALL the cookies.
.
Cookie SettingsAccept
Manage consent